I’ve been continuing on down memory lane with Dungeon Keeper II, and have almost finished with the campaign. I just finished storming the Faerie Fortress.

It has been a lot of fun reliving the campaign. Soon now, I will get to the Dark Angel part in the campaign!

This Saturday my sister invited me to go see “The Book of Mormon” at the Orpheum Theatre. 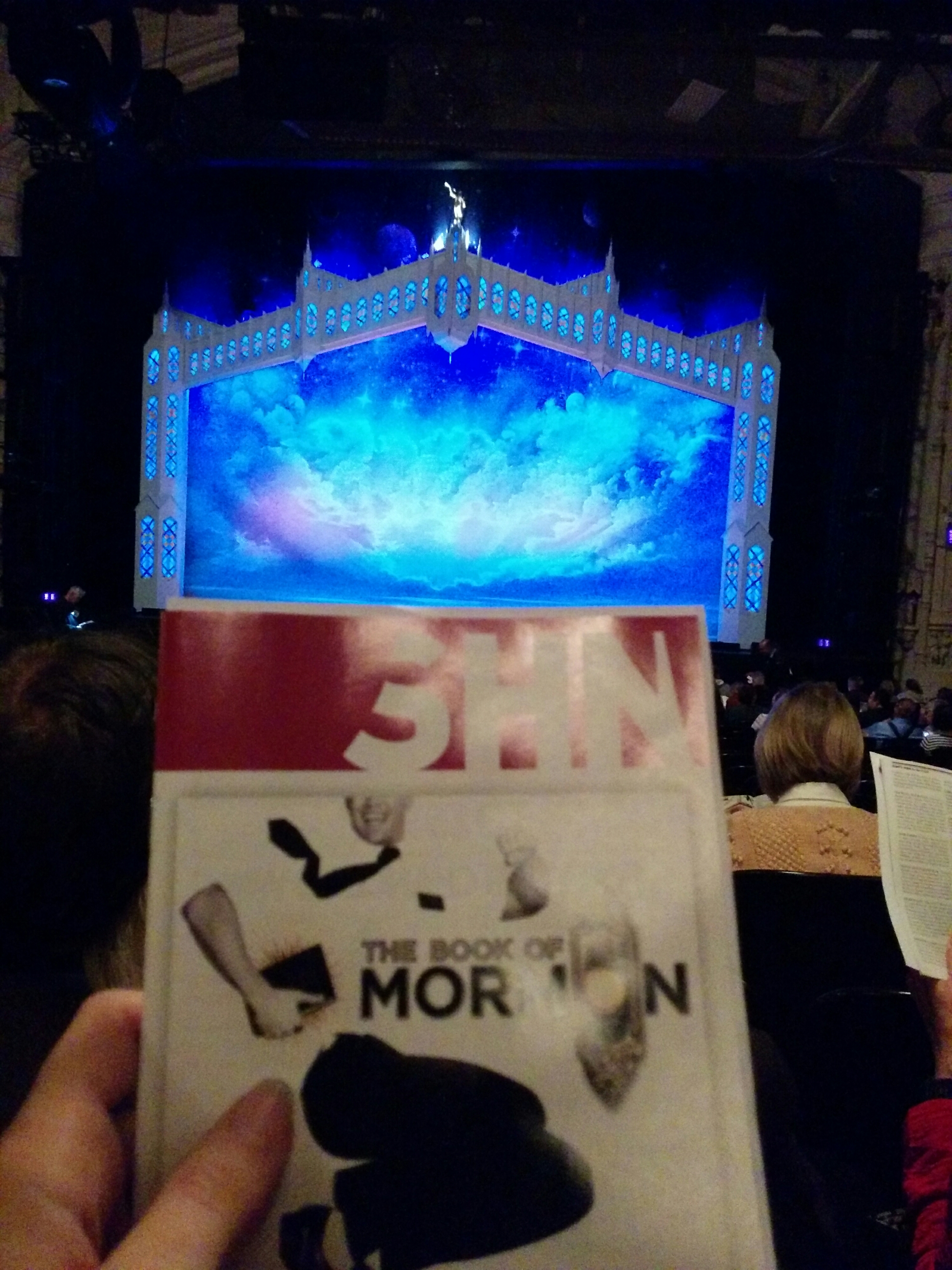 So I finally got to see it. It was fun and I liked the music and sets a lot. I’m not sure about some of the plot points (went too far in the “Last Samurai” direction rather than in the “Seven Samurai” direction), but overall it seemed positive and lighthearted enough that it was pretty fun despite the tired old white-man-comes-to-save-non-white-village trope. I think I would have liked the show better, and that it would have been more fun, if the villagers all stood up for and saved themselves. They hinted at this, and sort of tried to go in that direction (like I said, it was in-between “Last Samurai” and “Seven Samurai”), but ultimately it did not go far enough in that direction. Oh, well.

Afterwards, we went to Brewcade in the Castro and got helplessly addicted to a 10-player (5 vs 5) game they had called “Killer Queen.” It is a game of strategy involving bees. We played it for about 4 hours straight. Since there were only 4 people in our group, we got to play with (and against) an ever-rotating cadre of randos. When there were no randos that wanted to play, we just did 2 vs 2 games. Luckily the game is pretty intuitive, such that people who looked curious could just jump in at any time and pick it up.

Doc and I went back to Brewcade to play Killer Queen again on Sunday. I am not ashamed of this.

I had also never been to Brewcade before, so I was happy to finally be able to check it out for myself. A lot of my friends had been saying it was disappointing, but I thought it was pretty good. A nice beer selection of mostly California beers, and Paperboy. Really, what more can you ask for?

With their long necks and ovipositors. And how they walk around, craning their necks. Super cute.