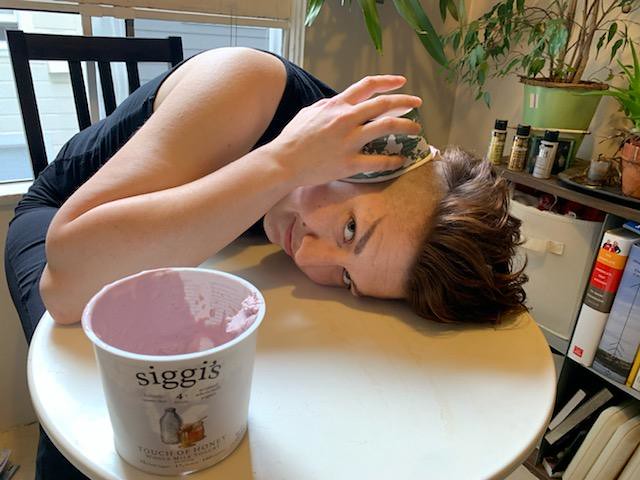 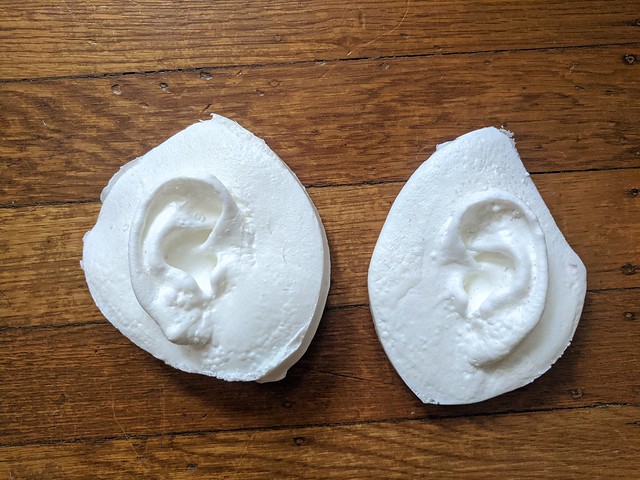 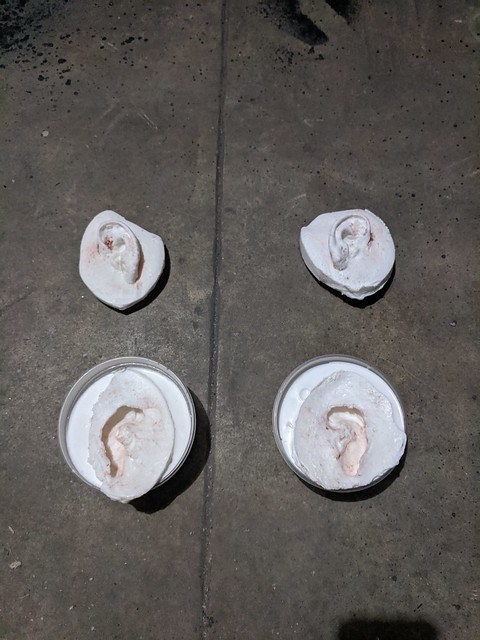 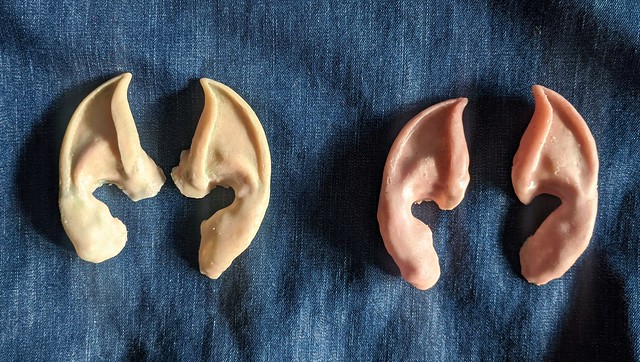 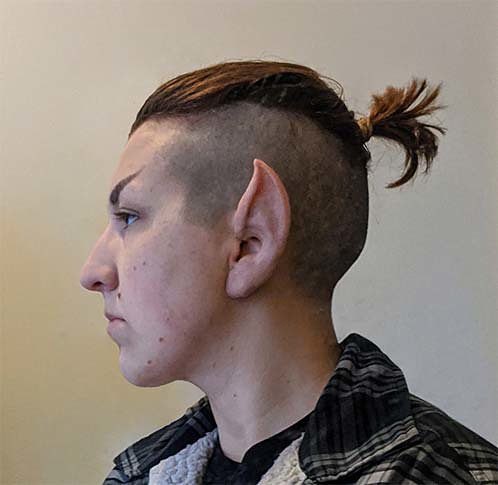 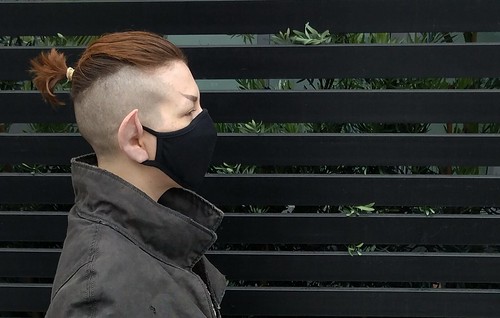 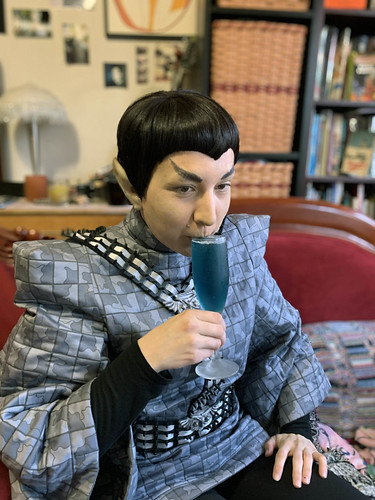 So since I’m stuck inside and I can’t go to the gym or rehearse with the string ensemble anymore due to Shelter in Place, I think I’ve been doing more crafting. Especially all the little details and fiddly bits that I’ve been putting off for a while.

And I finally lined the disruptor pistol holster with some suede the other day. So far as I can tell, the ones the actors wear on the show are unlined, but I thought it would look nice and swanky so I did it. Now I just gotta install the rivets and carabiner clips and it should be good to go.

Oh yeah, I’m gonna be the swankiest Romulan on the block. I’m gonna swagger on into town all like “Ladies” and all the ladies will be like “OMG who is he???” 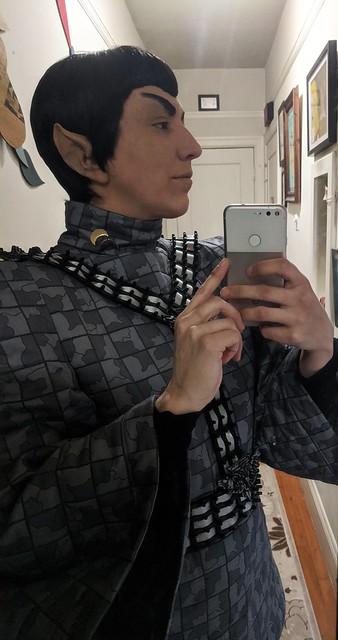 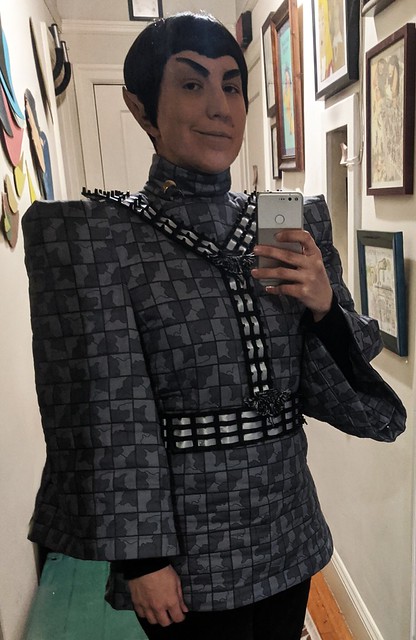