Today we went to this really cool noise/drone-and-productivity performance at Little Spot Cafe at 23rd and South Van Ness, where a guy had a whole bunch of modular synths and played while we were able to work on things and carry on conversations.

I sketched a picture of a Dunmer Farmer, as a study for a future comic I have in mind. 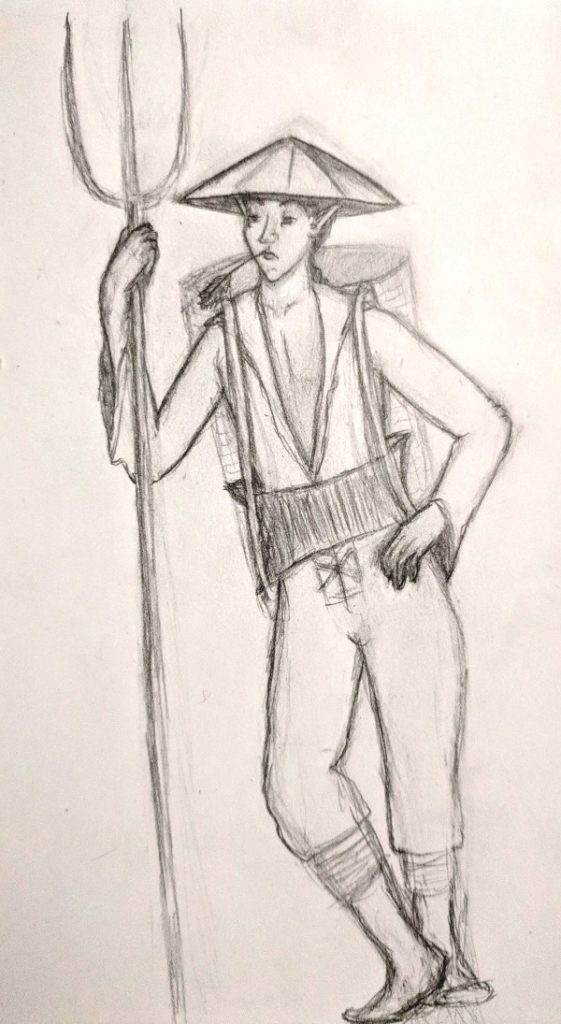 I brought my drawing board and paper in case I wanted to sketch people from life – to keep up the momentum from my drawing class – but instead I decided to sketch a character from imagination (as I usually end up doing). However, next weekend I will be able to attend the figure drawing session at Mission and Cesar Chavez next weekend, so I will still be able to keep the momentum going.

One thought on “Dunmer Farmer”