Welp, the apartment has been covered in red fabric and paint and other weird stuff since October 1st, but it has all paid off! Introducing my costume for Halloween 2016: The Cultist from War for the Overworld!

It still needs a few finishing touches, like the red stripe on the… thing… over the robe. But I still have time yet!

Because, as you well know, I only dress as things that take at least 1 hour to explain to people (see last year’s Peace Master costume, which everybody thought was Zorro). 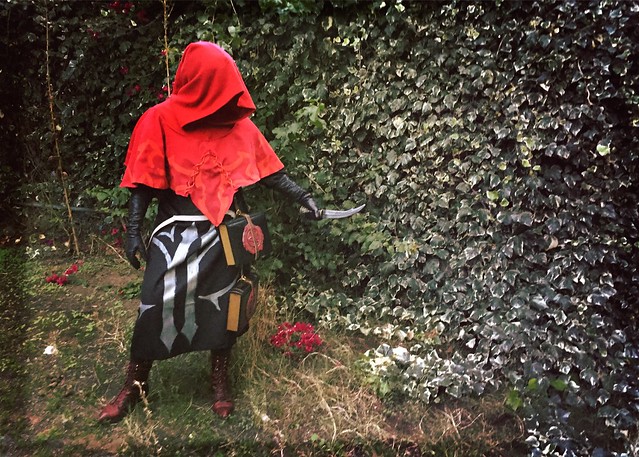 4 thoughts on “Cultist Costume for Halloween”