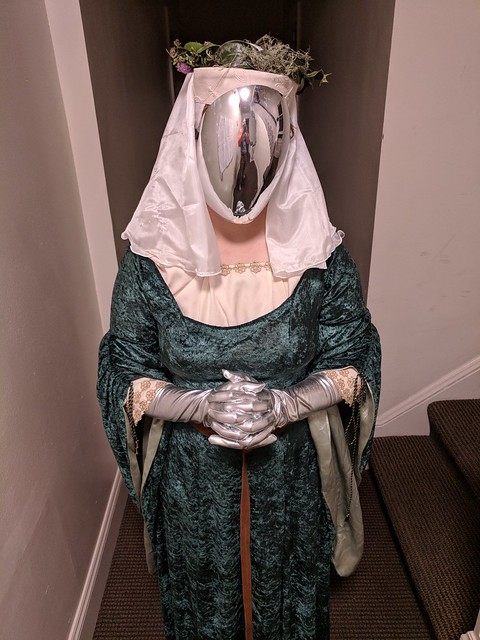 Working on my Halloween costume for this year. This year I decided to be the Lady of the Long Silence, Aza Guilla (from Scott Lynch’s Gentleman Bastard series).

Since she is a goddess, and probably not real, we’re not really told what she looks like. The world in the books is based on late medieval / early Renaissance Italian city-states, so hence that influence of fashion. She is said to wear a veil, hence the medieval European silk veil. And her priests wear featureless silver masks called “the sorrowful visage,” so I decided that this could be in reflection of Aza Guilla’s own aspect. And it works as a metaphor; the goddess of death’s face is a mirror. 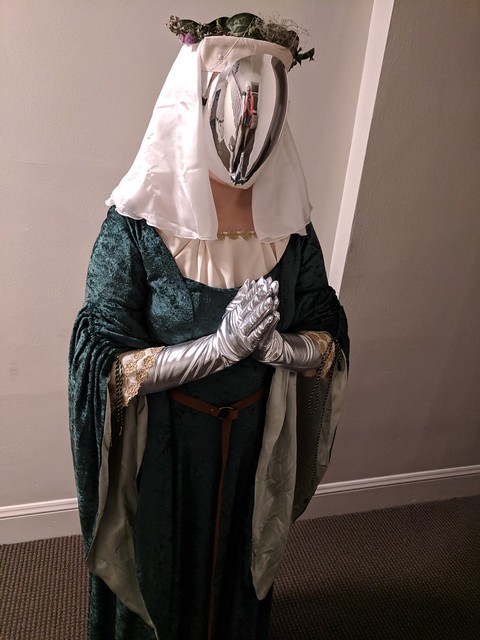 I might need to get a wimple, though, to complete the illusion of the skin being a mirror. Hmmm! 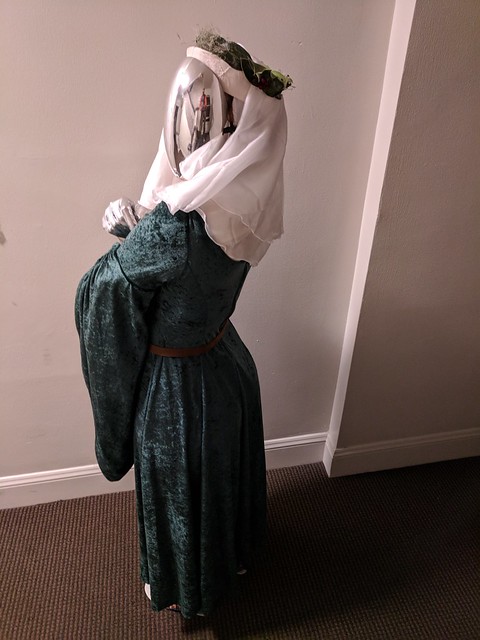 One thought on “Aza Guilla”