Today I decided to make pork buns. After investigating pork bun recipes, I decided to stuff the buns with coleslaw and Southern US-style barbeque pork, instead of the usual cabbage and Chinese-style barbeque pork. I slow cooked a rack of ribs with a basic rub (brown sugar, paprika, salt, pepper, cumin, garlic, onion, chili powder). Then I tore all the meat off the ribs, chopped it up, mixed it with coleslaw, and that was the filling that went into the buns. 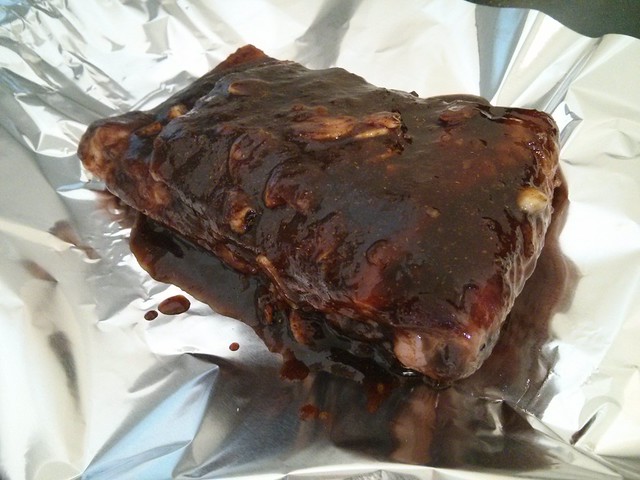 The final product was not too dissimilar to regular pork buns, I must say. While it certainly had good Southern barbeque flavor and the coleslaw flavor was noticeable, I suppose neither substitution was different enough from the original to have a wild and unexpected flavor. At the end of the day, the filling was still slow cooked pork and cabbage; they just had different seasonings on them. 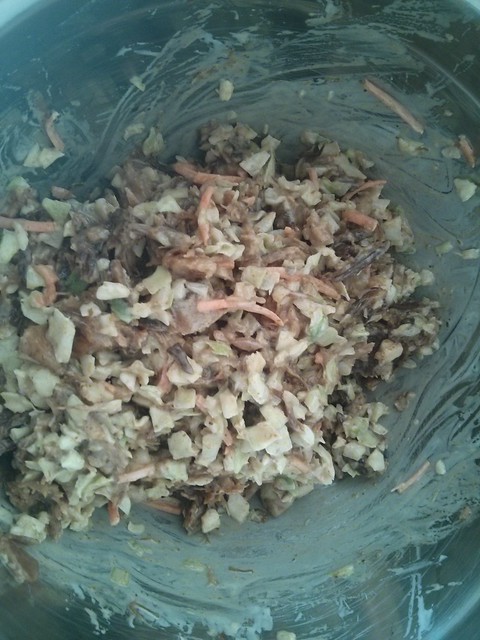 Mixing the chopped meat with the coleslaw.

Despite my disappointment that they were not completely weird and wacky, they were still absolutely delicious and I enjoyed eating them. I do love pork buns, after all. I served them with an apricot barbeque sauce for dipping. 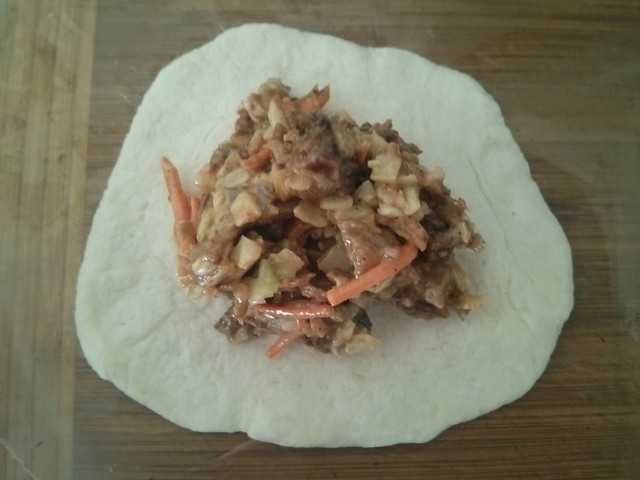 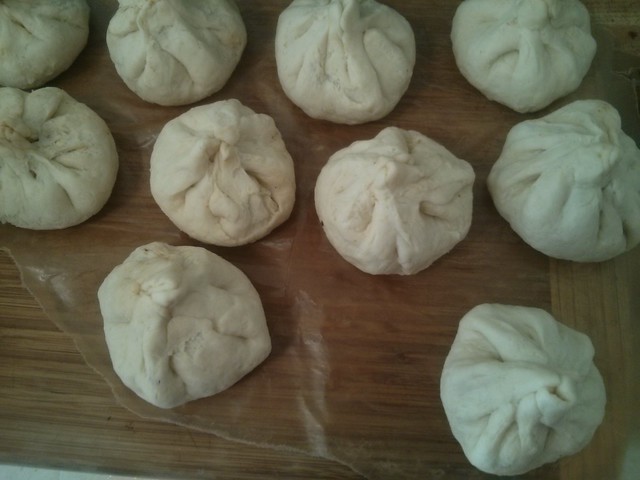 Waiting to be steamed. 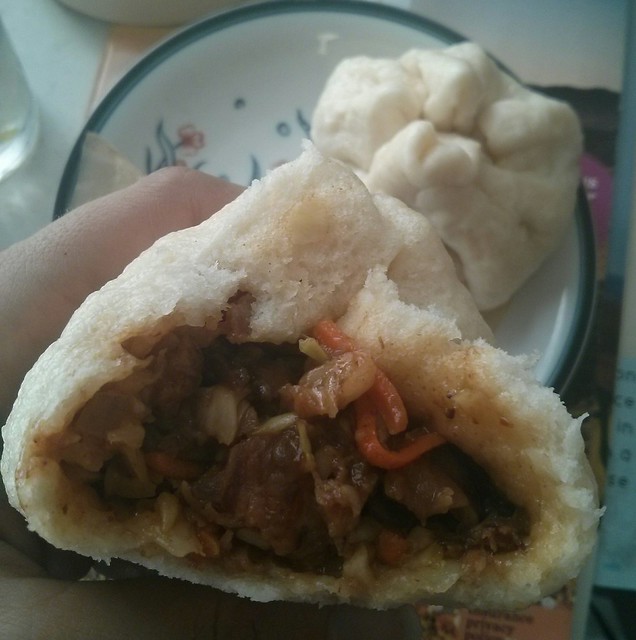