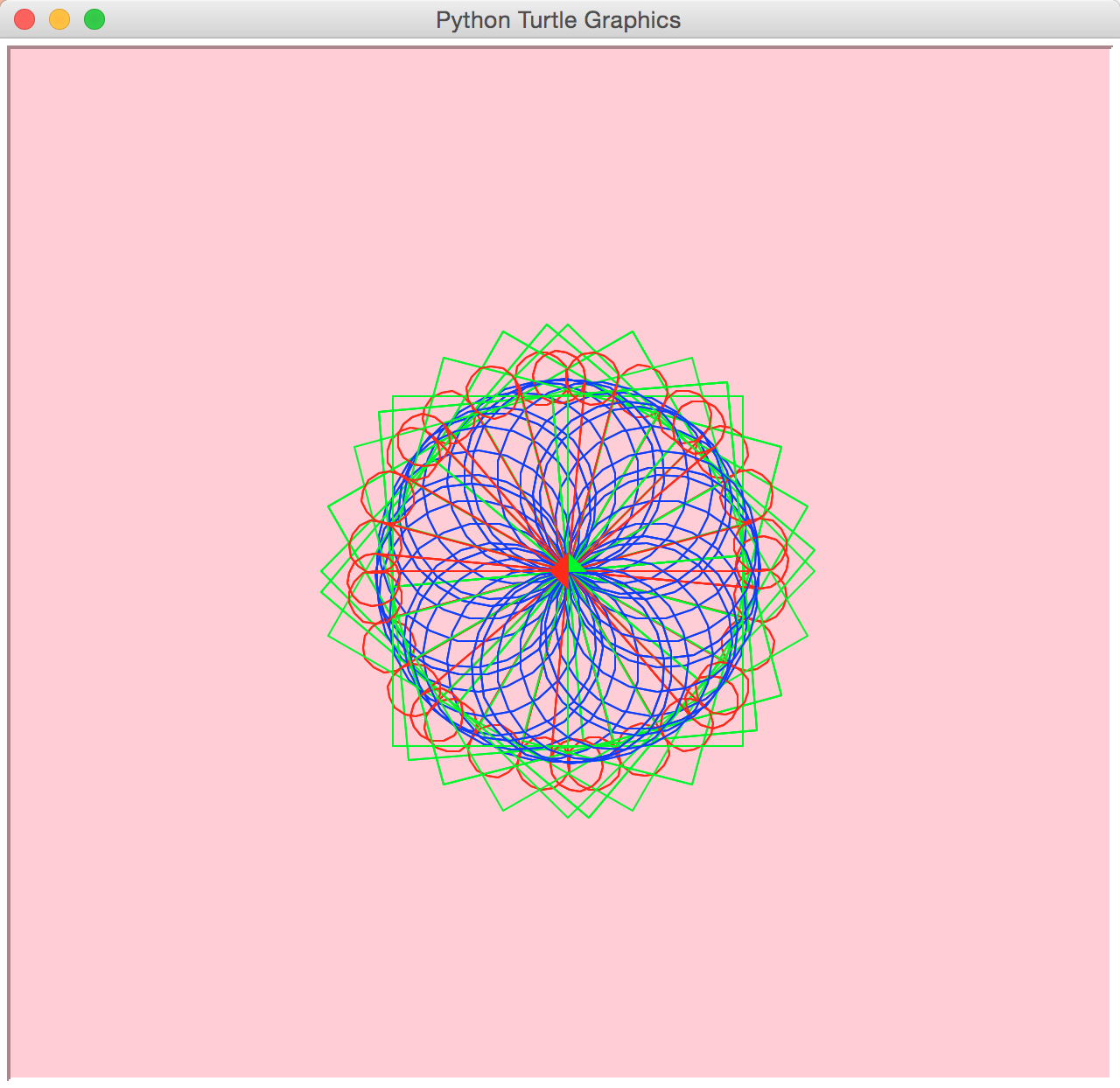 I had a cold for about 3 or 4 days this week, and didn’t feel like moving very far from my bed, so I decided to take this time to learn Python.

I’ve had a bit of fun setting challenges for myself in Python to get a hang of the basics, such as making the Spirograph type image above. I also made an alternate version where the radii and distances were all random integers, and it was fun watching them all converge on an average shape. And then I added a sine wave path, which created circles tangentially to the side wave, and whose radii were defined by the amplitude of the wave.

I went a little crazy with making trippy changing images, I guess.

I also made a program where the user can define a triangle by two angles and a side, and then the program defines what type of triangle it is and draws it.

I am now thinking it would be fun to make a hilarious Twitter not, but I am not quite sure what hilarious things it would do yet. One idea was that it just retweets everything Doc tweets. “For those of you that don’t want to follow Doc, but want to read all his tweets!” Another idea I had was that it would tweet at Doc all day long with random philosophers’ quotes. For some reason, Doc did not find that idea as hilarious as I did.

Whatever the case may be, it should be fun to figure out. And hopefully it won’t be too annoying to Doc.

5 thoughts on “A week of battling a cold and Python”