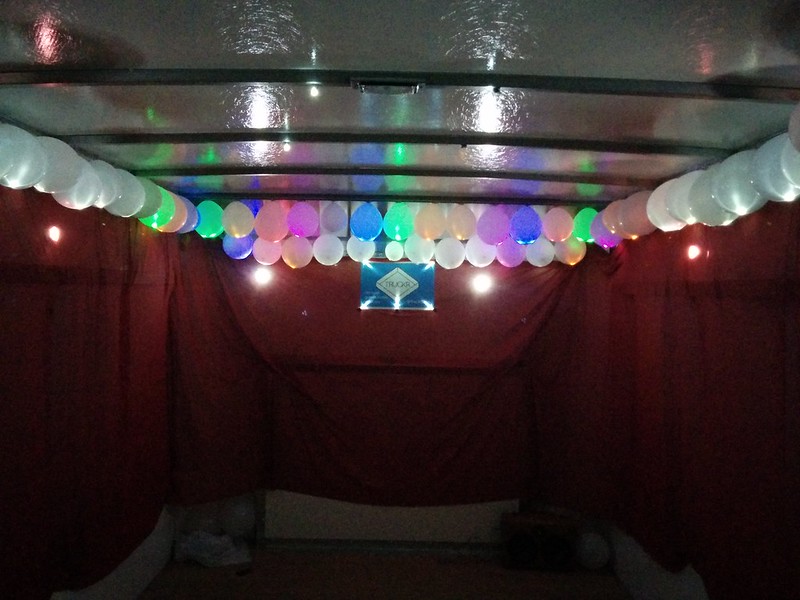 After years of going to the Lost Horizon Night Market as an attendee, I finally attended as somebody working on a box truck! I helped Doc put together and perform for his Truckr truck. 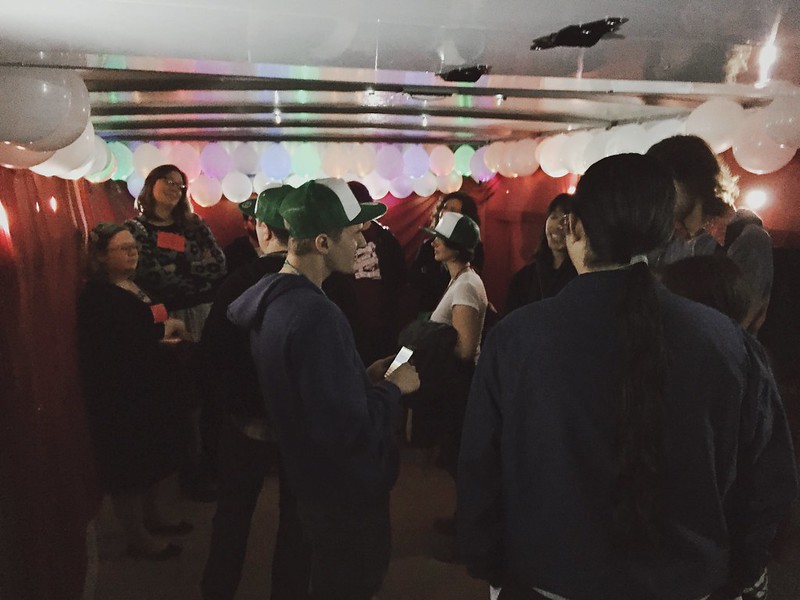 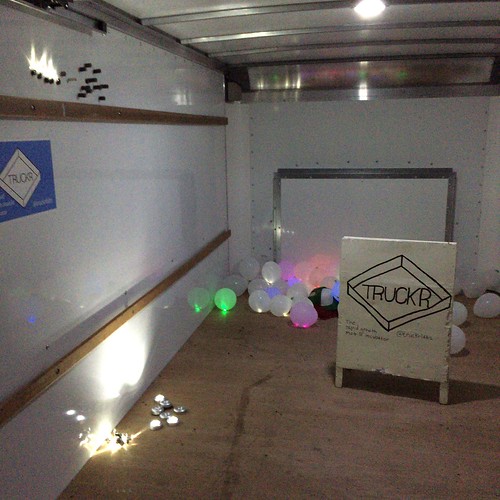 Tearing down Truckr at the end of the night.

I got to make lots of throwies and put them in balloons. And do lots of interactive performance art. It was pretty exhausting, because our main goal was to get lots of people through the truck quickly. Fortunately, we seemed to succeed in this respect, and we got some good laughs out of people, so I would say this was a successful night market. 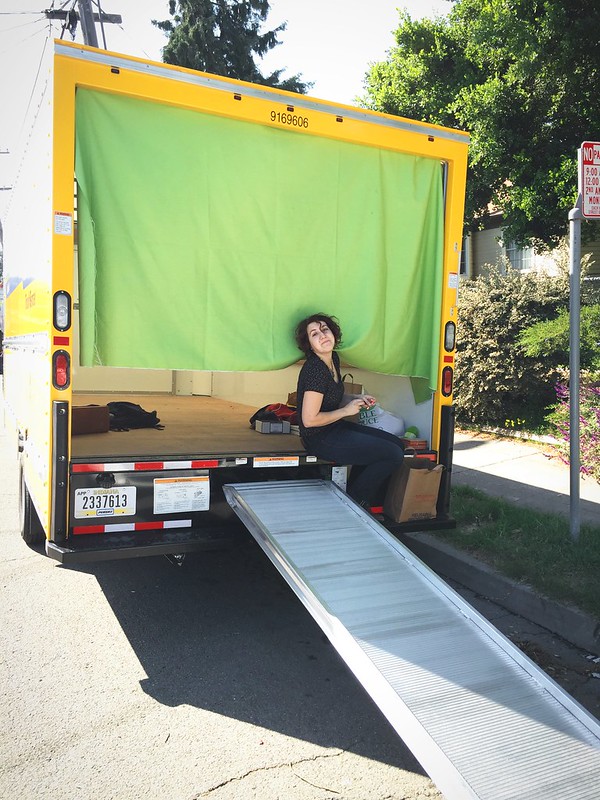 Here I am working on the truck before the event. Doc said (regarding this photo): “See what happens when you make that face?” and I said, “FAVORITED!”

There were lots of other great trucks this year, too, and the location was amazing. And, of course, we had a lot of super awesome people helping us with Truckr. Huzzah!

1 Response to My First Box Truck