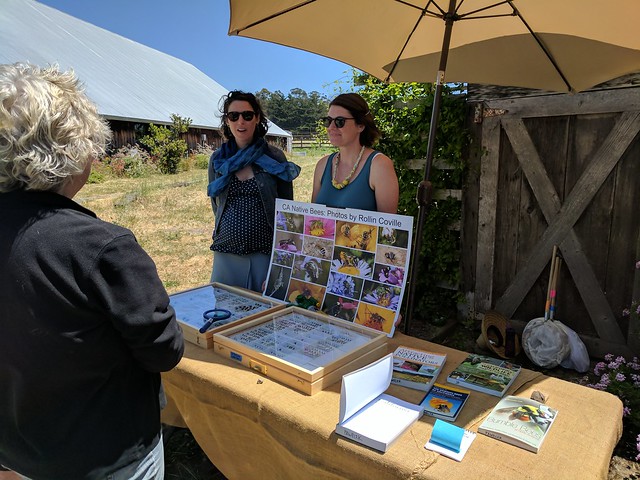 Today, Doc and I went to the native bee talk at Heiðrún Meadery, up in West Marin today. It was great, we got to learn a lot about native bees, and then we got to walk around and look at native bees and catch them to look at them (and then release them, of course). Doc even caught a cuckoo bee! 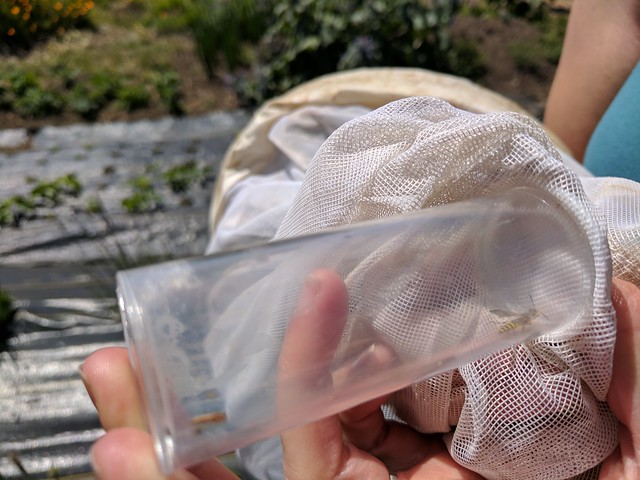 The cuckoo bee that Doc caught

Everybody looked around a lot for bumblebees, because supposedly it is the season for there to be lots of them, but we did not see any bumblebees (surprising, too, because at my office in Marin I see bumblebees all the time). Oh, well. We saw at least 5 other species of native bees, though! 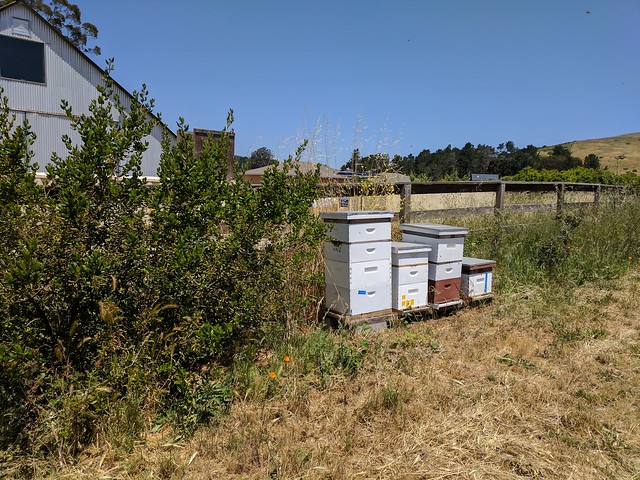 The meadery’s hives for European honeybees (not California native bees, but still fun)

The lecture also coincided with oyster Sunday at the meadery, so we got to have oysters and mead as well. 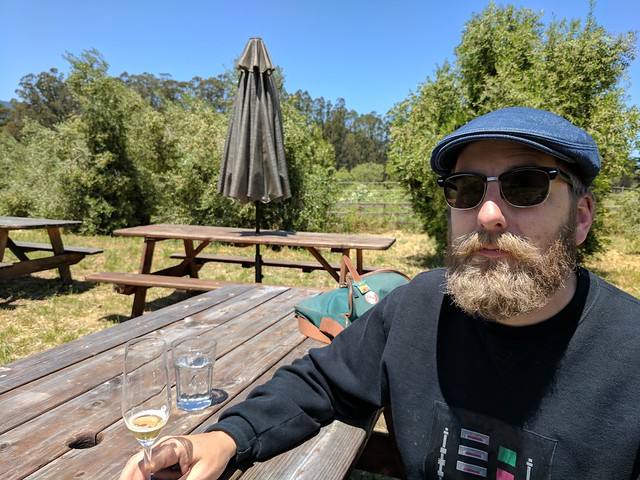 Steen is a nerdy biologist who spends a lot of time trying to cultivate Chloroflexi. When she isn't working, she likes to draw comics, play video games, and climb.
View all posts by Steen →
This entry was posted in biology, Drinks, Outdoors, Science and tagged bees, California, honey bees, native bees. Bookmark the permalink.