So, obviously, I was suuuper interested in saving Emperor Uriel Septim VII, and I found the opening quests in Oblivion suuuper compelling. 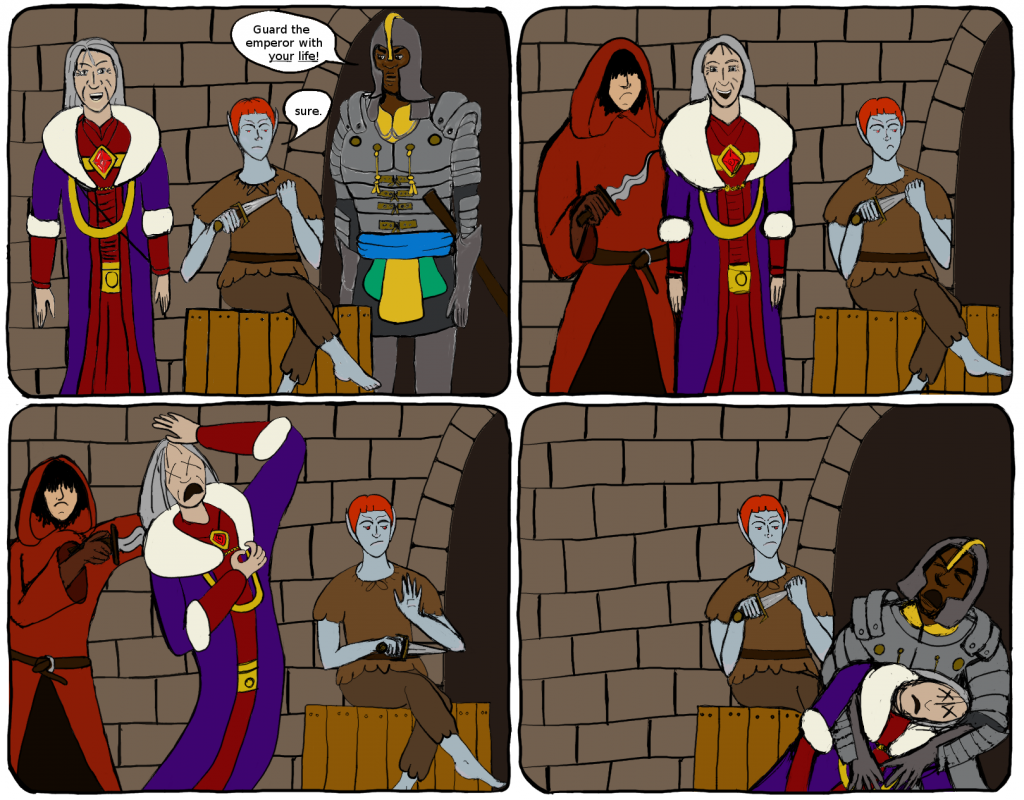 JUST KIDDING I DIDN’T LIFT A FINGER TO SAVE THE EMPEROR! HAR HAR!

There are actually things I like about Oblivion – a lot of the hotkeys and controls are much better and more intuitive than Morrowind or even Skyrim. And yet… I just never got as into it like I did Morrowind or Skyrim. It wasn’t for lack of trying, though. I think the two main things working against this game are: