Doc and I were wandering around after working out at the gym, when suddenly I saw a huge swarm of bees dangling from a pomegranate tree at 21st and Treat. 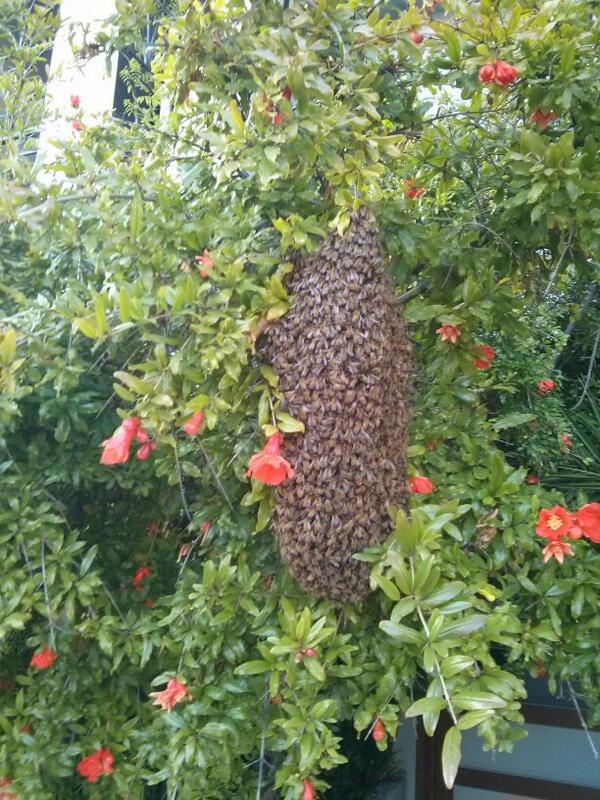 They were swarming around with at least one queen, looking for a new place to build a hive. It was pretty amazing. They were surprisingly forgiving of my curiosity and sticking my face right up to their swarm, since bees are apparently even more reticent to sting when they don’t have any hive to defend.

I was obsessed with the bees all day, so we went to go check out the area to see if they decided to settle in the pomegranate tree, but they were gone without a trace. Farewell, bees!

One thought on “Swarming Bees”