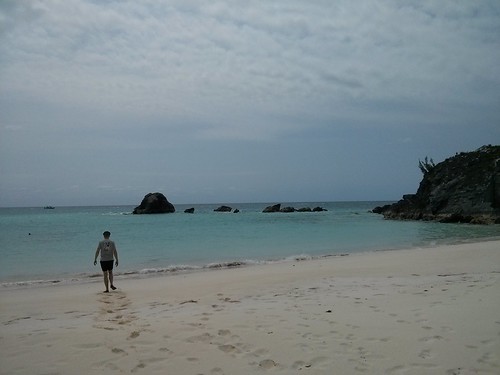 This week, Doc and I are visiting Bermuda. I grew up here, but I haven’t been back in over 15 years (mostly due to the cost). But now I am here, and I am reliving the major parts of my childhood!

Today, Doc and I spent a solid 6 hours snorkeling all around the reefs, and now have the mega sunburns to prove it. Worth it, I say! For today was the first time that I have ever seen cuttlefish in the wild.

Out of the gloom, they seemed to appear right in front of my face. When they noticed me, they turned deep brick red, and then started flashing white on and off; their tiny Cthulhu faces staring at me as I stared at them. I made myself as still as possible, and stared at them in wonder for maybe 30 seconds. Sadly, as soon as I moved, they darted off into hiding.

I also had a little sergeant-major fish become obsessed with me (presumably it was obsessed with my bright yellow swimsuit), and it followed me around for about an hour. 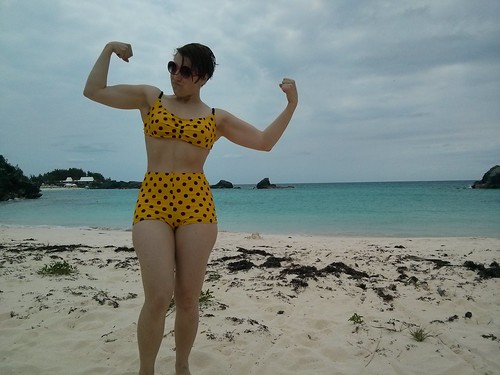 This was the offending swimsuit.

Doc said that he was having fun watching the fish follow me everywhere, but then the sergeant-major got aggressive towards him. The fish bit Doc on his torso, and then hovered in front of his face and stared into his eyes, unflinching. Doc tried to shoo it away, but it would not move. 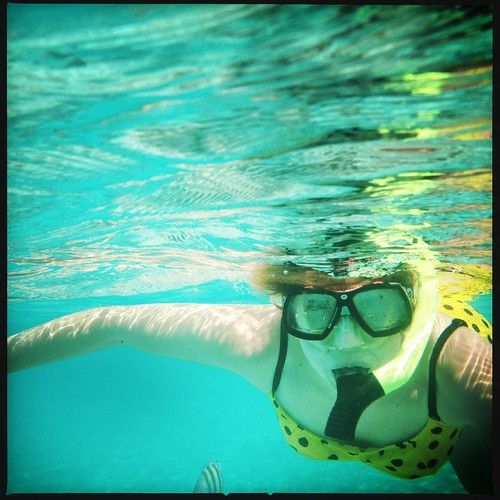 These are the fish I remember seeing in my childhood, so it warms my heart to be reunited with this wildlife. 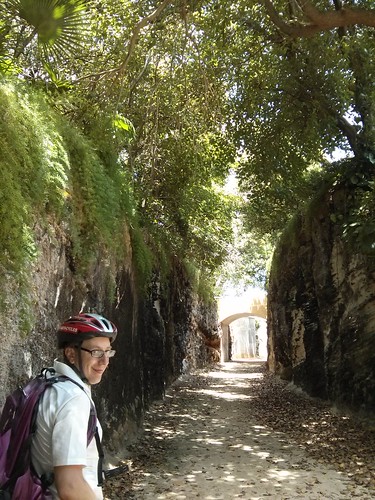 Oh yea, and we have also been biking around a lot in Bermuda.

Steen is a nerdy biologist who spends a lot of time trying to cultivate Chloroflexi. When she isn't working, she likes to draw comics, play video games, and climb.
View all posts by Steen →
This entry was posted in Personal, Photography. Bookmark the permalink.

1 Response to Update from Bermuda