The Golden Gate Bridge was closed to cars (for construction – they’ve FINALLY put that movable barrier on it), so we decided to bike to Sausalito today. It was a lot of fun, but of course lots of other people had the same idea, so the bridge was pretty packed. It was still super interesting to watch the construction workers do their thing! 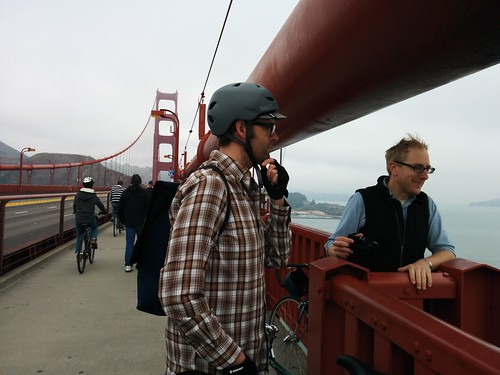 Doc and Mike on the Golden Gate Bridge 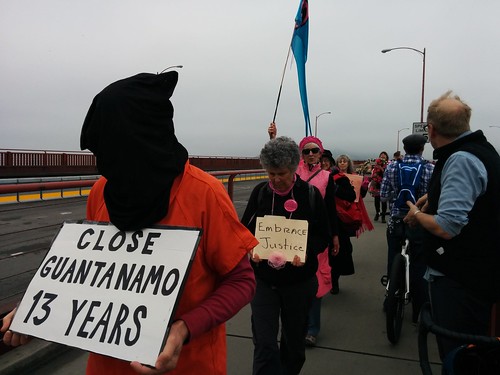 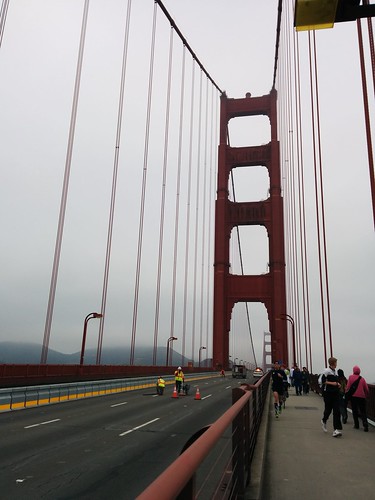 Some of the construction workers on the Golden Gate Bridge today

Also, lots of people were super determined to keep riding their bikes all the way across the bridge, which seemed crazy to me. The walking/biking path was packed full of people, so it didn’t really seem worth it to us. But! Lots of people did just that, nonetheless.

Steen is a nerdy biologist who spends a lot of time trying to cultivate Chloroflexi. When she isn't working, she likes to draw comics, play video games, and climb.
View all posts by Steen →
This entry was posted in Uncategorized and tagged Bicycling, Bikes, golden gate bridge, San Francisco. Bookmark the permalink.

1 Response to Bike Trip to Marin