We’ve already started enjoying the pickles that we started back in January. Thus far our favorite pickles came from the “spicy pickle grab bag” that had all the leftover vegetables that didn’t fit into the other jars, plus some habanero peppers that Doc bought for guacamole but I didn’t allow in the guacamole because I thought it’d be too spicy (and we put a jalapeño in the guac instead).

Thus far I have been too scared to eat the pickled habaneros. I’m sure they’ve mellowed, but heck even those green beans which were pickling next to the habaneros turned out pretty darn spicy!

Since it has only been about a month, I’m going to let these keep chugging along. I’m excited to see how they change as time goes on. As you might recall, my favorite sauerkraut was the “ancient sauerkraut” that we forgot about and ended up fermenting for over 6 months before consumption.

After seeing “Star Wars: The Force Awakens,” we went home and I invented a drink called The Thirst Order (inspired by the movie). The movie was fun, and the drink was tasty. It has quickly become the new household favorite 🙂 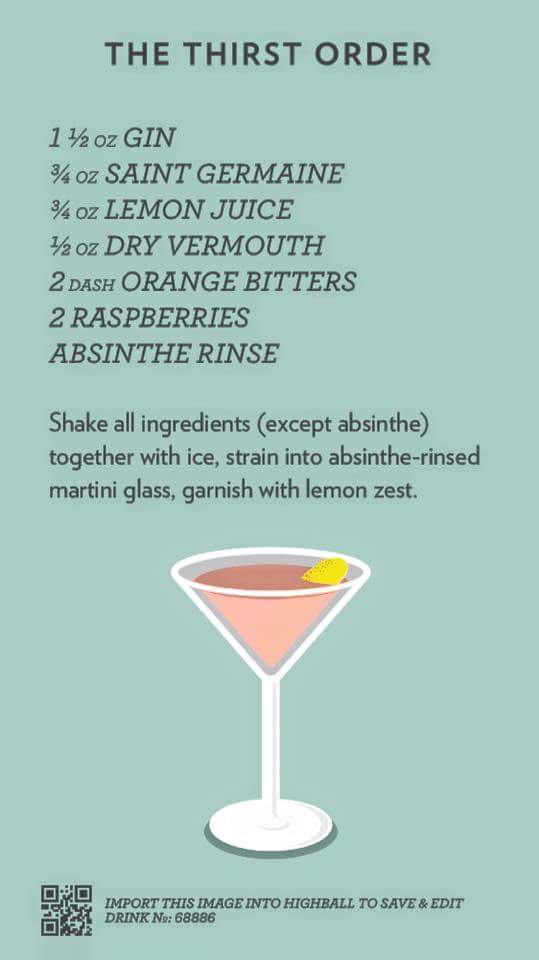 If you want to copy and paste it, that is:

You don’t need to muddle the raspberries or anything, just shake with ice and that will mash them up just fine. And they make the drink so pretty and pink. I do suggest straining through a very fine-mesh strainer, though, unless you like seeds in your drink!