Doc knows how obsessed I am with all things medieval, and he was so kind as to buy some tickets to a Medieval Feast event! I got so excited, I made a double hennin and everything. 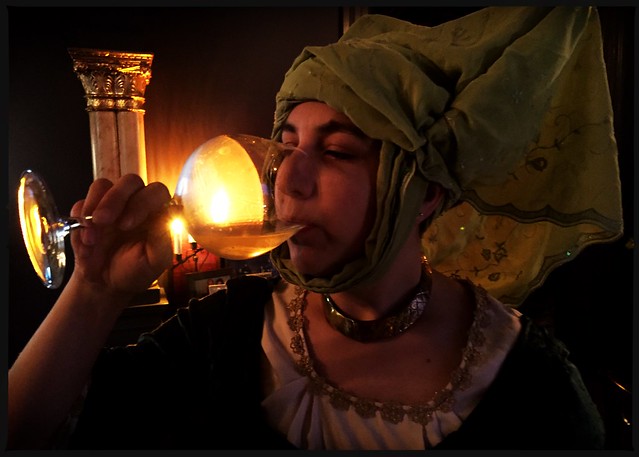 Me at the Medieval Feast as photographed by Doc

This got me super obsessed with Medieval food, and soon I stumbled upon the Boke of Gode Cookery, and in particular the recipe for Sambocade (elderflower cheesecake). So of course, I had to make it.

But, like, of course I had to first make cheese curds! Because the recipe explicitly says the first step is the strain the whey from the curds. 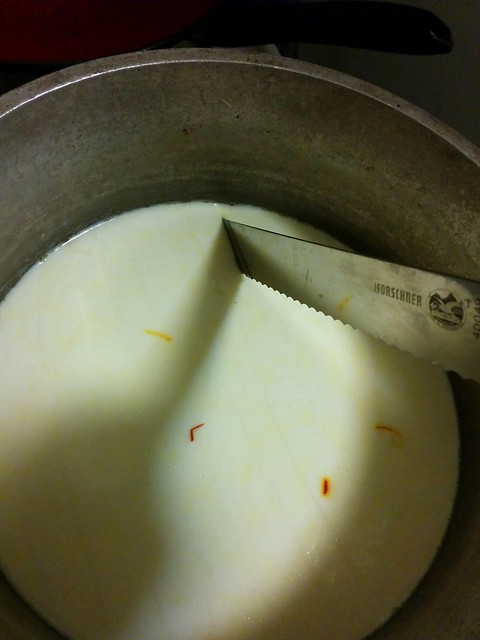 Cutting the curds. And as you can see, I decided to stir some saffron threads into the milk before adding the rennet and letting it set. For a moar medieval flavor!!! 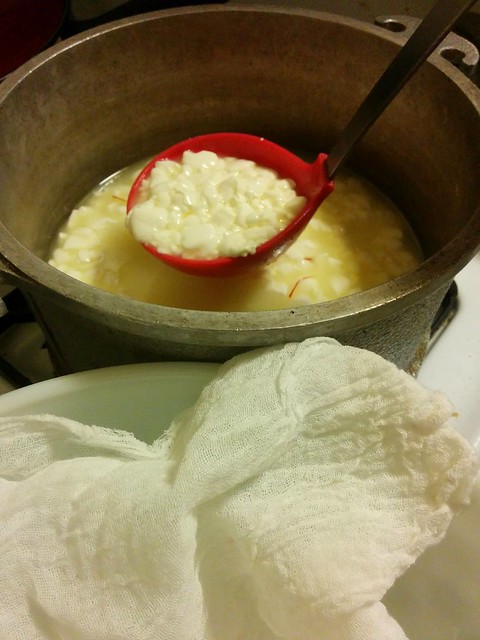 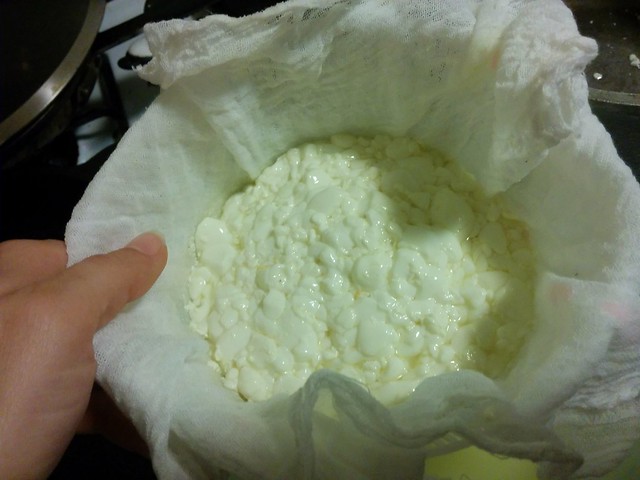 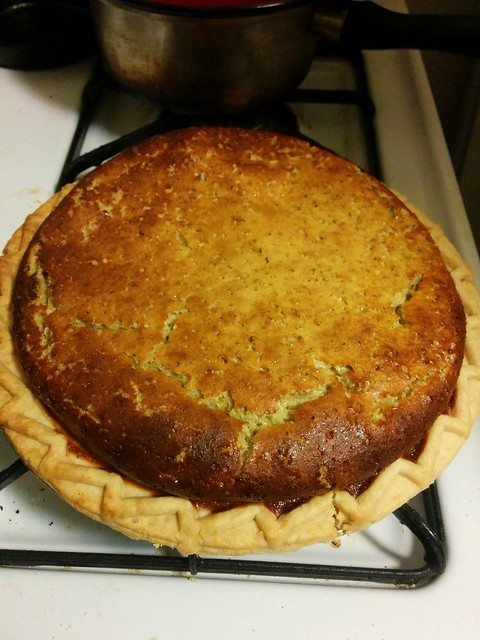 I would recommend serving it with some caudell drizzled on top.

Note that, I didn’t care about improving the recipe or adding new-fangled things to better suit a modern palate. All I cared about was that I would eat a thing that was literally what a medieval person ate at least once. Because that’s who I am.

This led me into some trouble trying to interpret the recipe. The recipe appears to say to strain the whey from the curds and put them into the pie shell. THEN, add the egg whites and elderflowers and rose water. But the “modern translation” says to mix everything together until smooth, and pour the whole thing into the pie shell. So, which is it? Is this dish more like a cheesey crust with a meringue on top? Or is it more like a modern version of a cheesecake, with one layer of a smooth cheesey homogeneous mix?

Ultimately, I decided to go with what the “modern translation” said, figuring that medieval authors generally didn’t have the same level of explicit instruction that we do today, and that maybe the translators know better than I do what the intent was. But sometimes I wonder!

Steen is a nerdy biologist who spends a lot of time trying to cultivate Chloroflexi. When she isn't working, she likes to draw comics, play video games, and climb.
View all posts by Steen →
This entry was posted in Baking, Cheesemaking, Cooking. Bookmark the permalink.