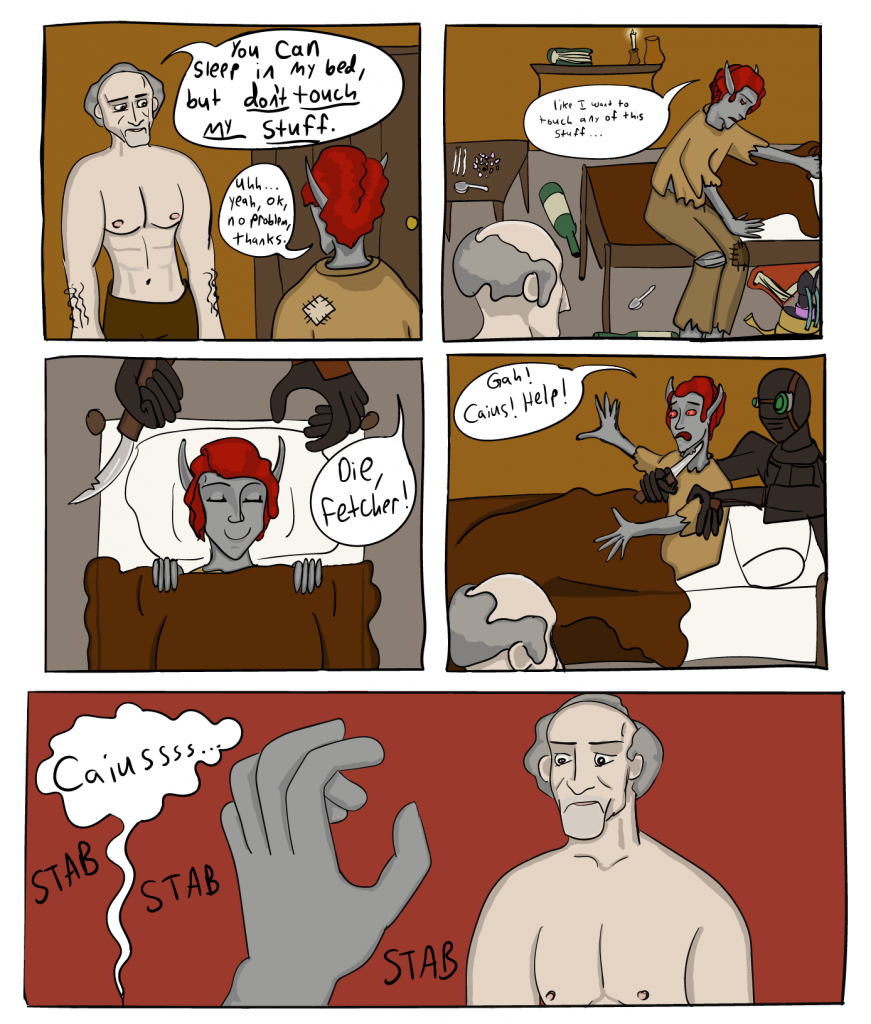 So I got rid of all the DLC and played Vanilla Morrowind for my first playthrough, and didn’t install Tribunal or Bloodmoon until after I’d defeated Dagoth Ur. The proper way to do it, if you ask me! It doesn’t make any sense that you’d be targeted in this way when you’re some nobody fresh off the boat.