For the Dagoth Ur costume hands (to go with the Dagoth Ur Mask), I initially did a few trial runs with gluing the nails onto my hands and painting my hands with the facepaint, but I soon ended up with facepaint on everything. So I elected to instead make gloves. Luckily the cloth wrist (and ankle) wraps cover all the seams, so I don’t have to worry about that.

First, I glued long pointy nails onto grey gloves. I used superglue, because they don’t ever need to come off, so I didn’t bother with nail glue: 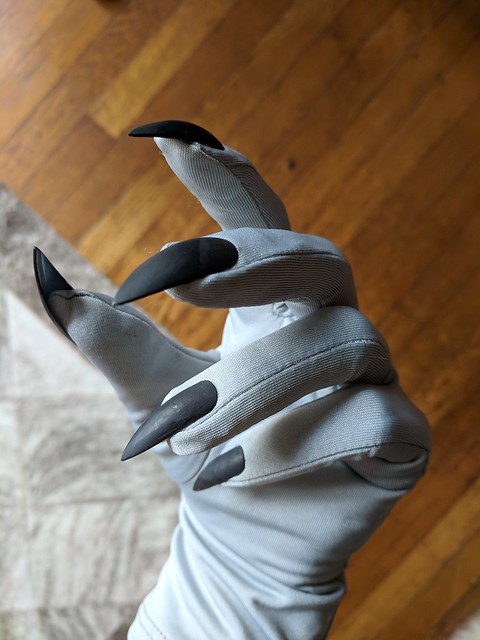 Then I dry-brushed black onto the gloves, to bring out hand/finger details, and to make the nails look like they reach really far back onto the finger. I went back and fourth for weeks trying to decide if I should make the nails red (the way Dagoth Ur’s nails actually appear) or black (which I thought would look scarier). I went with black, and I don’t know whether that was the right call. I guess I could always re-paint them red? 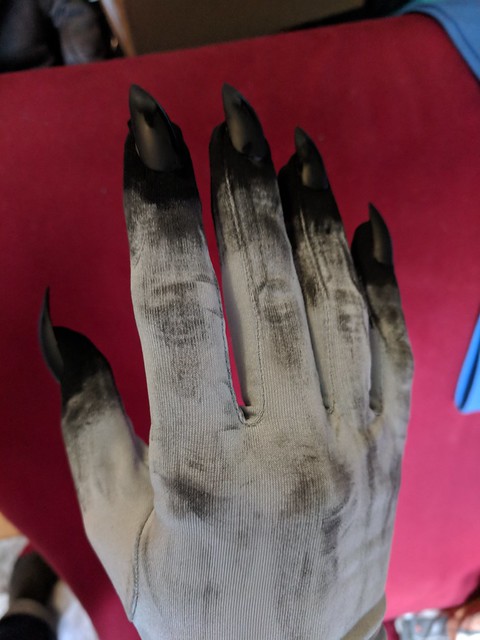 And, much to my surprise, the gloves were thin enough that I could still operate my phone with them on… 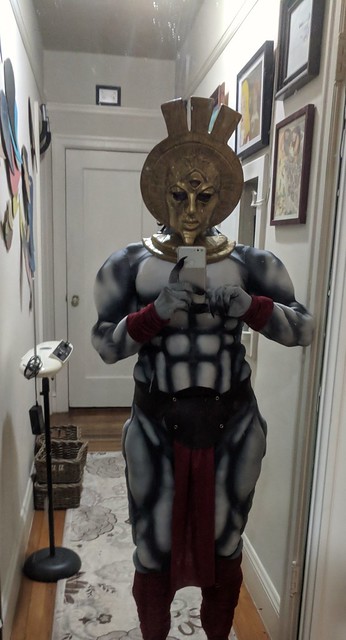 One thought on “Making Dagoth Ur Hands”