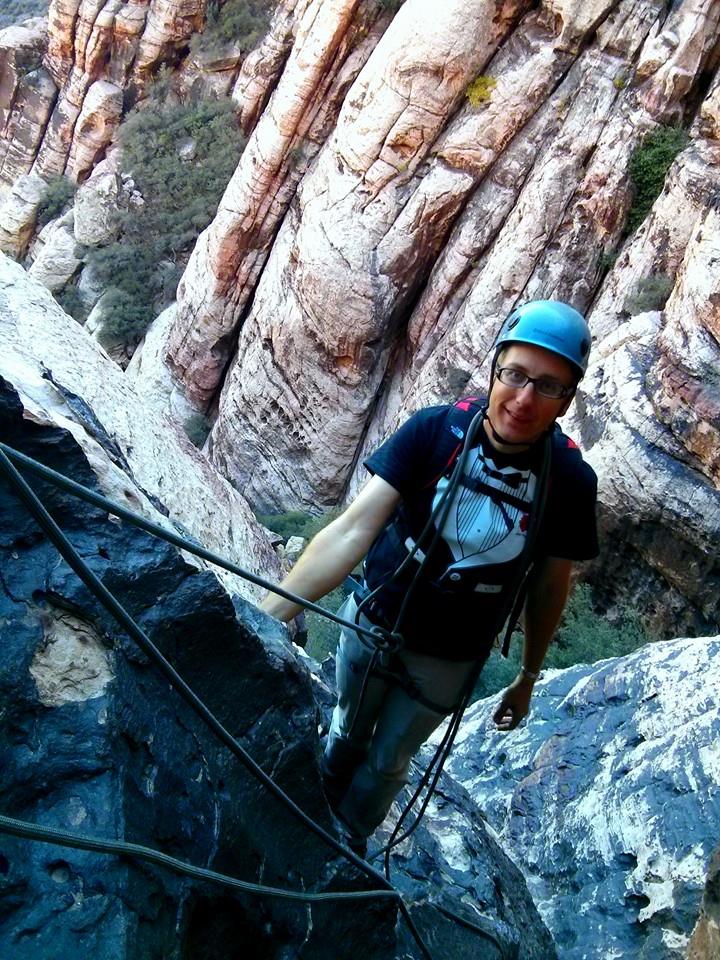 Doc on the first hanging belay on Olive Oil

This week, Doc and I went to Las Vegas because of a gig out there (I agreed because I wanted an excuse to climb in Red Rocks), and not long after we arrived on Tuesday, we decided to get married. We made it official and were legally married by Thursday.

We had talked about our ideal marriage a lot; that it would be cheap and that we wouldn’t inconvenience anybody by asking for gifts or even have a big wedding ceremony, so that is why we both knew that we didn’t need to make a big deal about it. Even so, I couldn’t be happier!

And of course, we celebrated by climbing in Red Rocks afterwards! Doc climbed his first multi pitch (Olive Oil on Rose Tower, 6 pitches, 5.7) during that trip. There was a spooky traverse because it had high exposure, but other than that it was a really easy climb with huge juggy sandstone holds. I would highly recommend this and the other classic Red Rocks climbs. 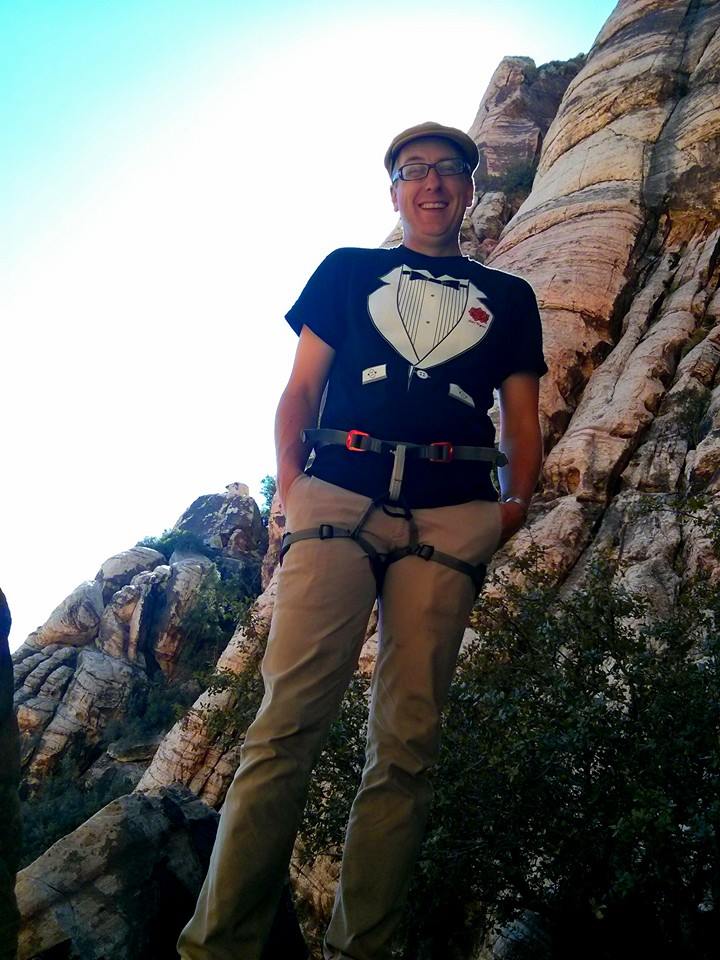 Doc wearing his wedding tuxedo tee, getting ready to climb

While we were climbing Olive Oil, George and Joanne Urioste were making a first ascent on another formation nearby, just across the way. This is the same couple that made many of the first ascents in the Red Rocks guidebook, including Olive Oil!

We also checked out Bonnie Springs Ranch, a sort of tourist trap built out of an old 1860’s ranch that has performers doing shootouts and hangings etc. Bonnie Springs is only about 5 miles away from Red Rocks, so it wasn’t out of the way, and even that was tons of fun. It was kitsch but not too bad, just enough to be fun and light-hearted. Steen is a nerdy biologist who spends a lot of time trying to cultivate Chloroflexi. When she isn't working, she likes to draw comics, play video games, and climb.
View all posts by Steen →
This entry was posted in Climbing, Outdoors, Personal and tagged climbing, Doc, Doc Pop, Las Vegas, marriage, Red Rocks, wedding. Bookmark the permalink.

2 Responses to Marriage and Red Rocks