How to Make Pecan Liqueur

I have been on a liqueur-making rampage recently! They really allow you to make delicious craft cocktails that taste like you paid $16 for it in a bar. I’ve never really bought any bottles of liqueur, however, because: a) you seem to need to have, like, a million different liqueurs; and 2) they cost a lot. Instead, I’ve just been making one or two at a time, and focusing on making cocktails which feature those liqueurs until more are done.

This liqueur is my own personal recipe, that I came up with because it sounded like it would be good.

Mix all the ingredients together, and seal in a mason jar. 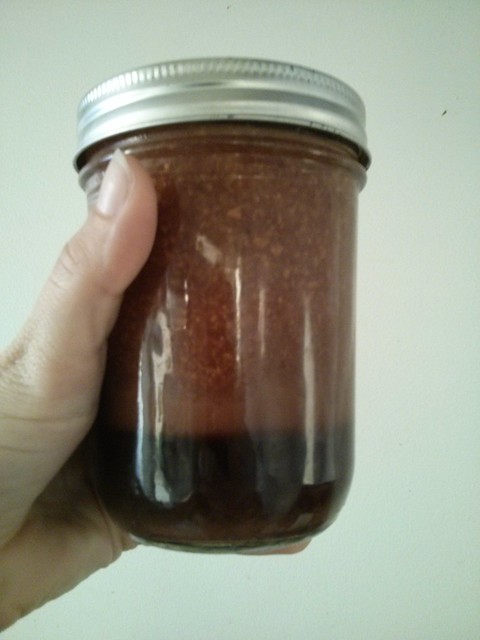 I like looking at the sedimentary layers that form whenever I make liqueurs.

Let the mixture macerate for 2 weeks, mixing the jar once a day.

After 2 weeks are up, filter the mixture. First use a coarse filter (such as a metal mesh) to remove the coarse pecan pieces. 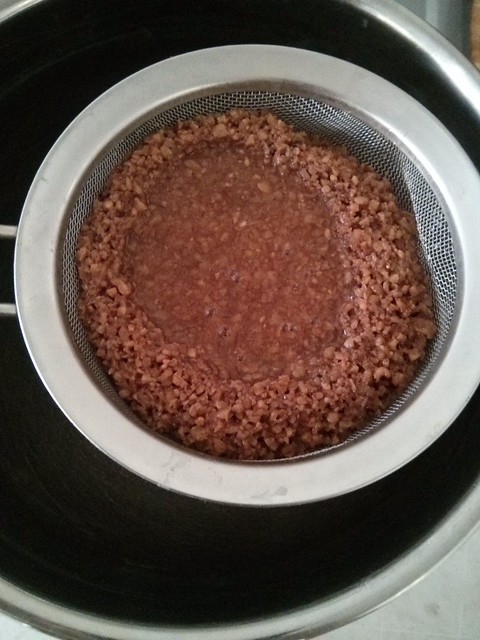 Get those pecan pieces out of my liqueur! 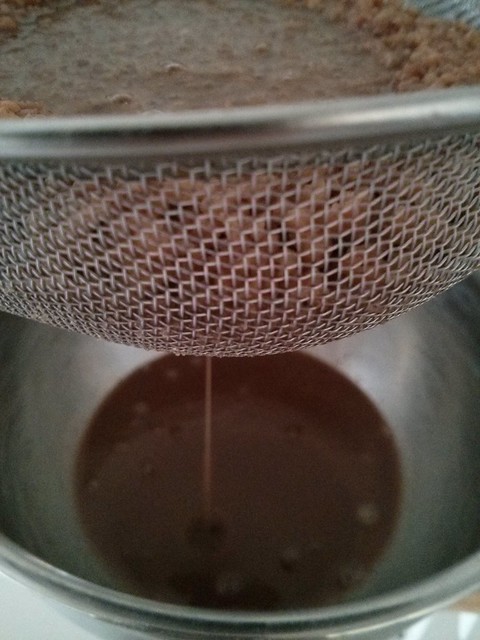 Then, use a coffee filter to filter out the finer silty stuff. 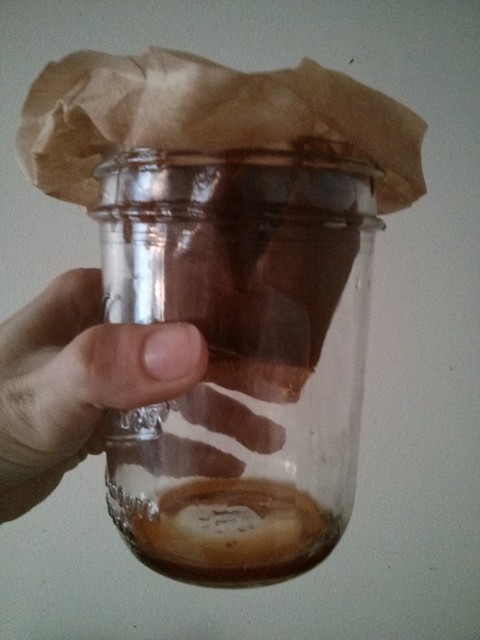 The second filtration – and then you are done!

Et voila! You have yourself some tasty pecan liqueur. I can’t wait to see what sort of cocktail recipes I can use this in!

Steen is a nerdy biologist who spends a lot of time trying to cultivate Chloroflexi. When she isn't working, she likes to draw comics, play video games, and climb.
View all posts by Steen →
This entry was posted in Food, Recipes and tagged cocktails, drinks, Liqueur, pecan liqueur. Bookmark the permalink.

1 Response to How to Make Pecan Liqueur