After last week, I finally discovered the workflow for how to edit .nif meshes for Morrowind. And it is pretty ridiculous, but I got it working now.

But I’ve finally managed to edit the hairs so that they don’t have weird clipping bald patches on them. 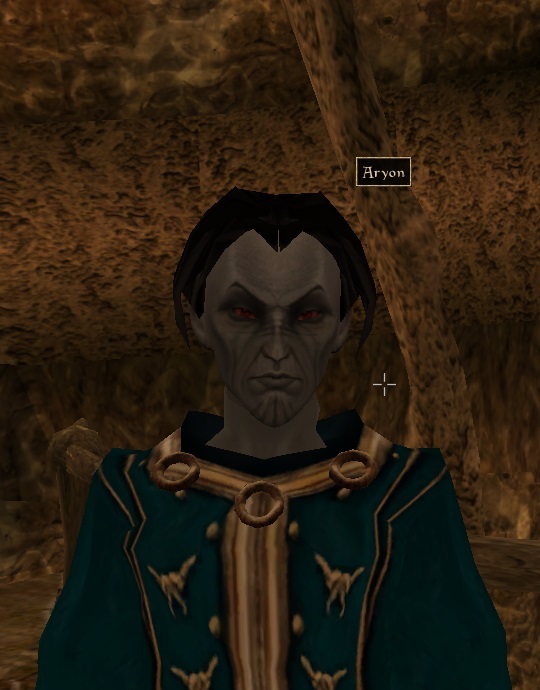 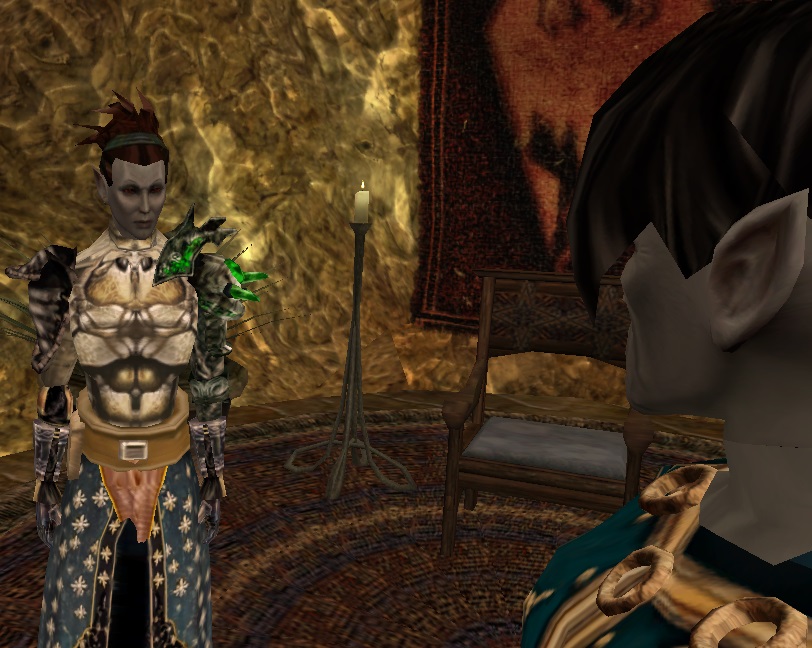 Steen and Aryon with their fixed hair meshes

But then, I’ve been coming across more and more characters with floating heats / necks too short to reach their clothes. So that is another thing I’ll have to fix. It is getting pretty laborious and I’m wondering if I really want to commit to this, or keep using the vanilla faces as I have done for so many years. I really, honestly love the vanilla faces. I just sometimes wish they were slightly more hi-res. But I think the low-res vanilla faces is better than having floating heads (or unintentional bald patches). We’ll see if I can end up fixing that.

But! If there were no floating heads, I must say these faces are absolutely amazing and – coupled with the vanilla hairs – are completely the look/feel I’m looking for. This is the only face replacer I have found where I still recognize all the characters after their faces get replaced. And this is super important to me. After gaining a recognition and intimacy of these characters for many many years, it is jarring to see them look like strangers. Alas, Westly’s face replacers (and the others out there) make everybody look like strangers to me. So most likely, I will roll up my sleeves and continue editing all the vanilla hairs to be compatible with MacKom’s faces.

I realize that all of these peoples’ meshes are 1,000,000x better than anything I could ever make, so this isn’t commentary on anybody’s talent. These modders are amazingly dedicated and have obviously put in countless hours to their craft. I just have such a strong image of how all these characters look (established in my mind), that I get finicky and weird about it. So ultimately it’s a problem with me, that I need to deal with. Which is precisely what this is an attempt at! 🙂

It is weird because, after ~100 playthroughs thinking “I love the vanilla look the very best!” all of a sudden I’ve started seeking out higher-res replacers with the vanilla feel. I think it is because I very recently set up the gaming tower with the Steam controller, and so I’ve mostly been playing Morrowind on my TV these days.

Also, I guess here’s a side-by-side comparison of old Aryon and new, just in case not everybody out there had Aryon’s old face memorized like I did 🙂

Aryon’s new face and new do on the left; Vanilla Aryon on the right. Pretty recognizable! Although I do miss his ears poking out the top…

Steen is a nerdy biologist who spends a lot of time trying to cultivate Chloroflexi. When she isn't working, she likes to draw comics, play video games, and climb.
View all posts by Steen →
This entry was posted in Gaming, Videogames and tagged Master Aryon. Bookmark the permalink.