At long last, after talking about doing the trip for at least two years, we did the 2-day kayak trip from Guerneville to Jenner. So, basically kayaking the Russian River from Guerneville to the sea. To be honest, it isn’t that far at all, so this trip could be done in one day *IF* you are on the river by something like 6AM. The reason being that the winds really pick up at about noon and from that point on you will be fighting the wind the whole way, and making very slow progress. Also check the tide tables, because as you get closer to the estuary, incoming vs outgoing tide will make a big difference.

Of course, we stopped at Russian River Brewery on the way up to Guerneville. I always say that beer doesn’t travel well, so you should always endeavor to drink beer as close to its source as possible, as that is where it will taste the best. Well, let me tell you: drinking a Pliny at its source was totally worth it. It was better than the best most freshest tasting Pliny we’ve ever had in San Francisco! So if you are a Pliny fan, it is worth it to take the trip to the brewery.

Now on to the kayaking.

The first day, we actually got on the river by about 11 (because King’s doesn’t open until 10), so we were battling the wind and an incoming tide most of the day. So it was slow going, we did about 8.5 miles in about 4 hours. Yikes. 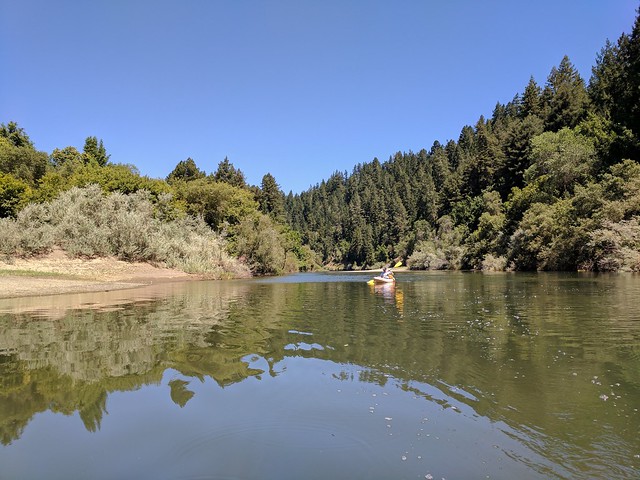 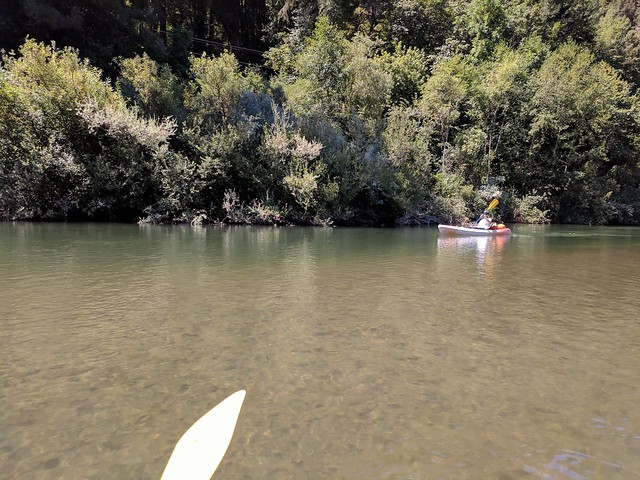 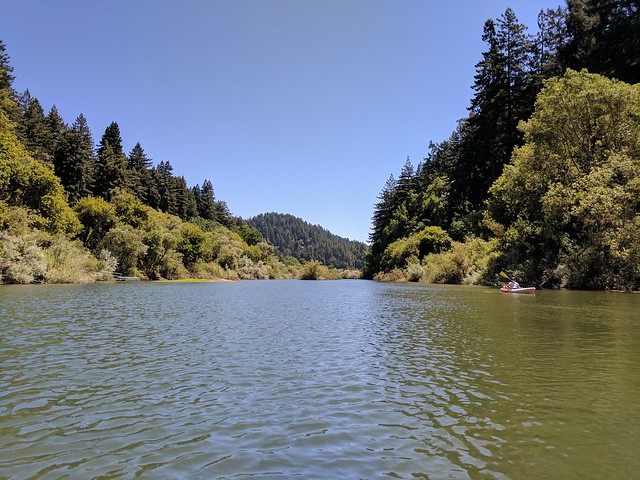 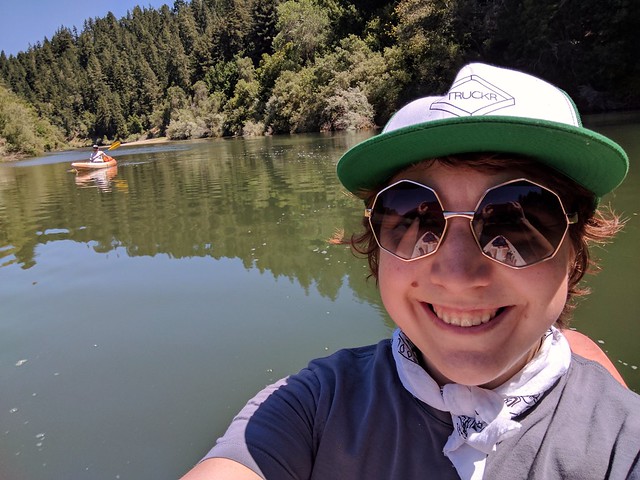 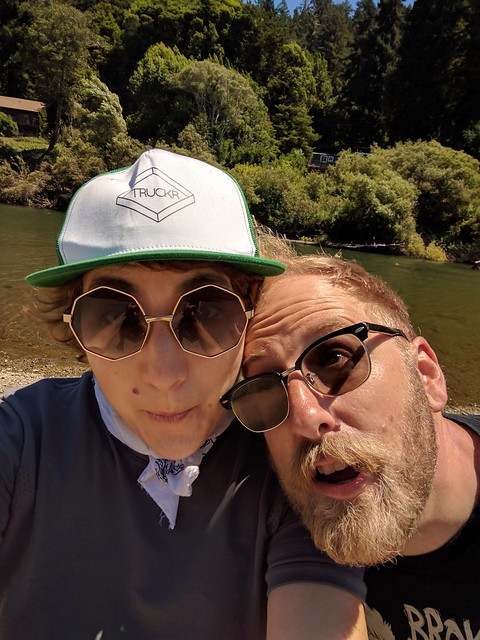 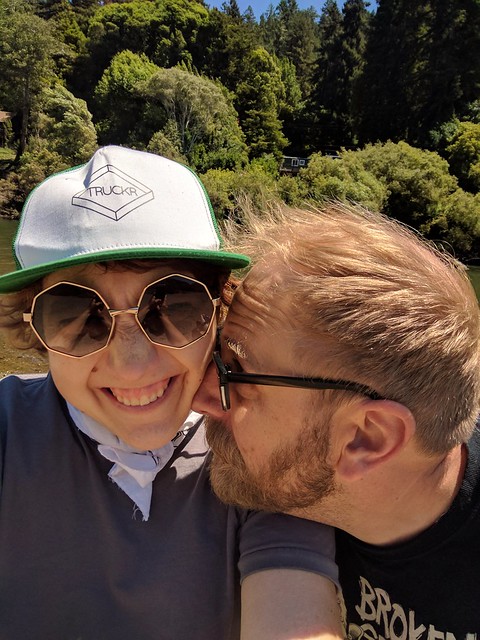 So, having learned that lesson the hard way, the next day we woke up at 6:30, with the intent to get on the river as early as possible. The second day was very foggy when we woke up, and since we were going westward towards the coast, even as the fog burnt off behind us we would kayak into fresh new fog in front of us. So the whole second day was in fog. 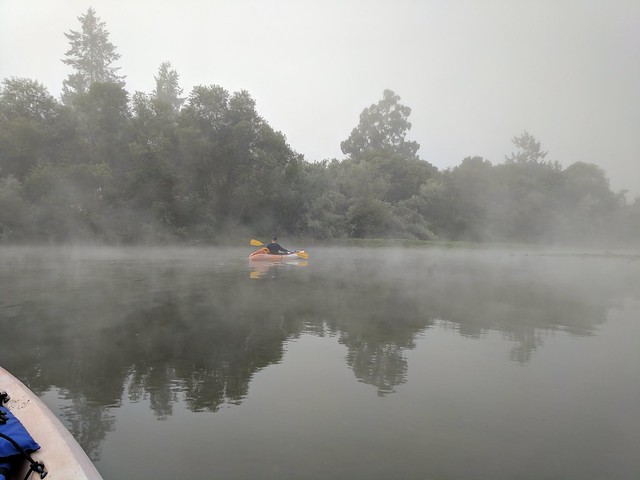 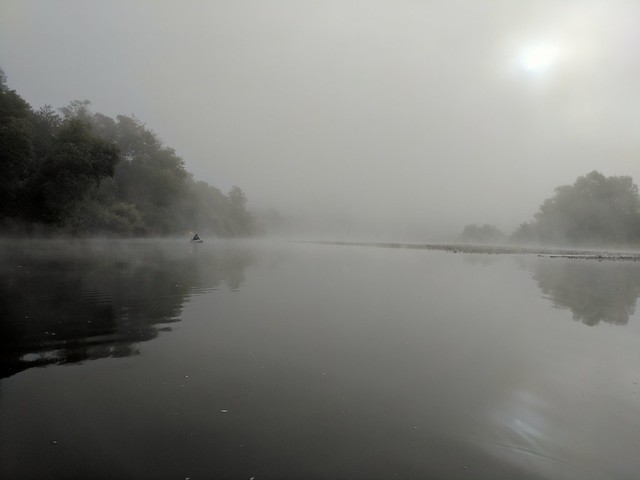 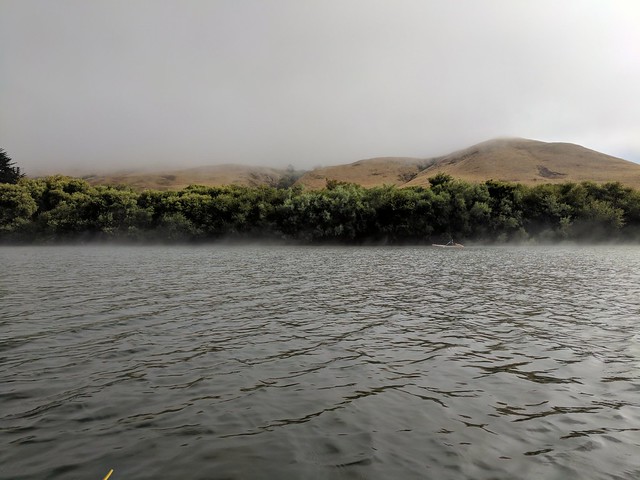 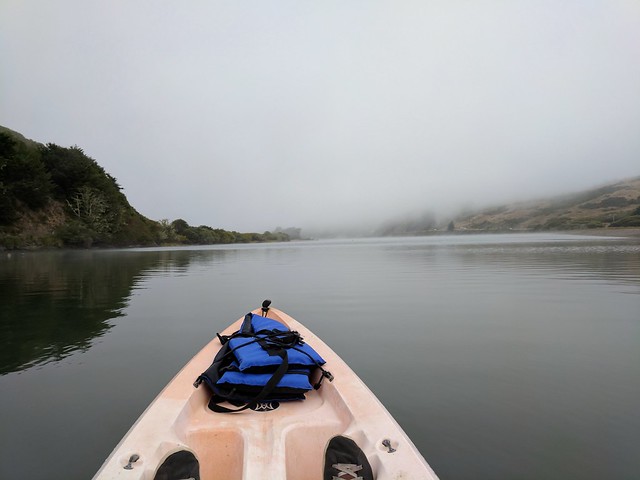 We still made breakfast and coffee withe jetboil and had to tear down and stuff, so we didn’t actually get on the river until about 8AM. But still, we didn’t have much wind to contend with and I think we even had an outgoing tide, so we made it to Jenner (~7.5 miles from where we camped) by 10AM. So we almost went twice as fast the second day! 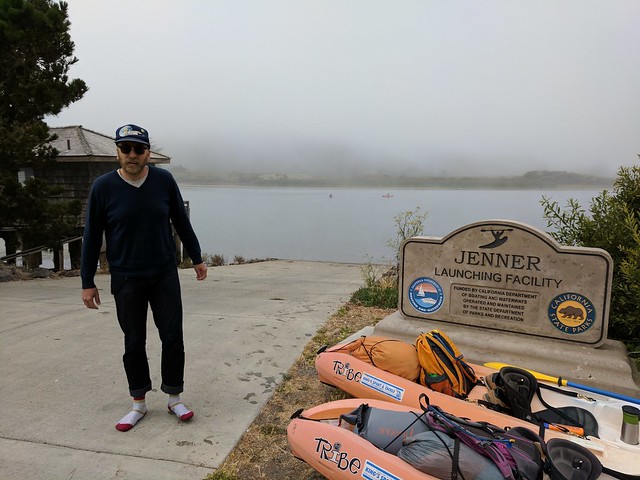 All in all, it was a great trip! We of course got to see lots of green herons, great blue herons, snowy egrets, etc. The usual stuff. On the second morning, though, we got to see river otters!!!! A whole family of them. They were sooooo cute, eating little fish and things whilst frolicking about. When they saw the kayaks, they were super curious and adorable. As we got closer to the sea, we started seeing lots of seals and sea lions. We also got to see a vulture and a seagull negotiating over a giant dead fish. Lots of cool wildlife!

And then after finishing with the river, we played a round of minigolf at the Pee Wee Golf & Arcade. 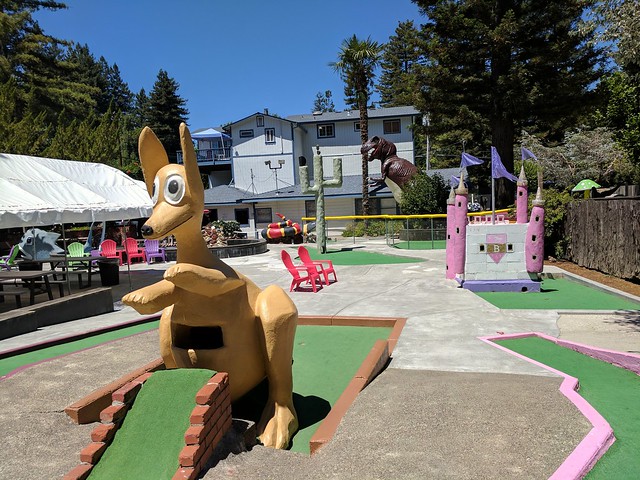 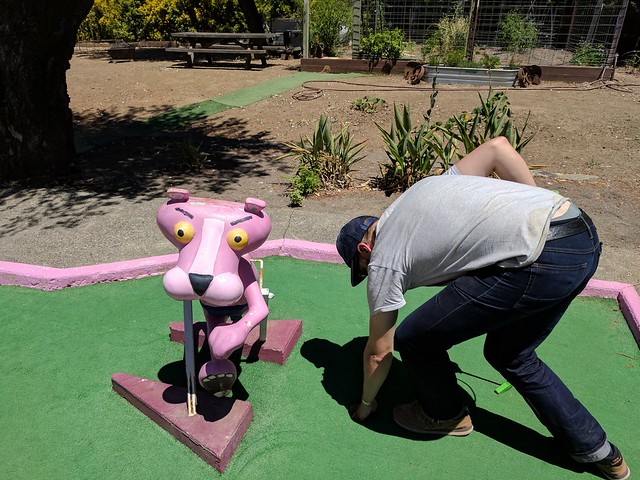 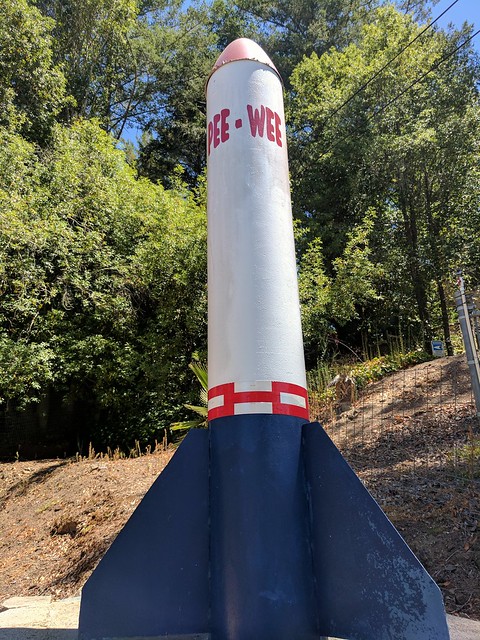 I got to play Guts of Glory this week, which was a lot of fun. Doc had backed the Kickstarter to get the game, which is a boardgame set in a post-apocalyptic wasteland where you compete for glory by eating various things. Things like tapeworms, spiders, and… the moon. The items vary in how tough they are to eat, as well as how much glory they reward you (if successfully eaten).

You can also sabotage your fellow players by chewing their items, forcing them to chew your items, or spewing unwanted items at them. Everybody in our group seemed to get pretty underhanded pretty fast. Which I think is the point.

Also, you apparently have to be the same colour piece as is indicated by the trim on your mouth board, but Dean and I did not want that so we switched pieces. Doc said we couldn’t do that, but we did anyway and nothing bad happened. You must understand, I NEEDED the pointy-teeth-forked-tongue board with the yellow trim, but I also NEEDED to be the really round and fat blue piece. Needed to be it. And apparently Dean needed to be the yellow guy with tiny feet. I guess what I am saying is, that Doc was wrong and you can switch up the pieces however you want.

Above all I intensely love the amazing artwork. I have a soft spot for post apocalyptic aesthetics, and of course this game has such a fun and goofy twist on it that I find it impossible not to love. I think I might be addicted to this game now.

Nobody ever did manage to eat the moon, by the way. Although there were many attempts, and it seemed to show up in every single game. Nobody swallowed the moon.